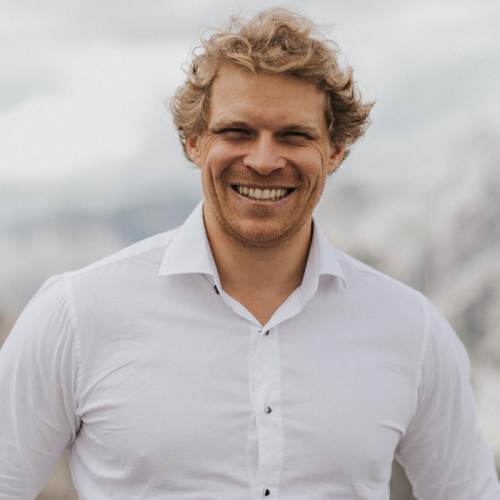 Julian was a professional kite surfer for almost ten years and was among the top 10 in the world. In 2011 he wrote the No. 1 specialist literature book called Kite-Tricktionary. After high school in Nashville, Tennessee, USA, he pursued his medical studies in Innsbruck. After graduating, he worked as a trauma surgeon for a short time, but decided to pursue his entrepreneurial dreams and moved to Asia. In 2015 he published his experiences at the time with the bestseller “25 Stories for My Younger Me” followed by the 30-day program “Boundless Success” in 2017.
In December 2017 he published his other bestseller “Cryptocurrencies, Bitcoin, Ethereum, Blockchain, ICO's & Co. simply explained”, which was followed in 2018 by his next bestseller “Blockchain 2.0 - much more than just Bitcoin - simply explained”. In 2019 he published his latest bestseller "The Timehorizon Principle".

He lives in Singapore with his wife Bettina, but travels around the globe most of the time for business purposes. All updates and further information are on his website (www.julianhosp.de) and the most common social media channels (including the largest German-speaking crypto community: www.facebook.com/groups/kryptoganzeinfach and YouTube: wwwyoutube.com/julianhosp).

THE BEST PLACE TO

Buy, Sell and Pay with Crypto

Receive, among other things, 100% cashback on Spotify, Netflix and your Amazon Prime subscription, as well as a 10% discount on flights booked on Expedia.de.